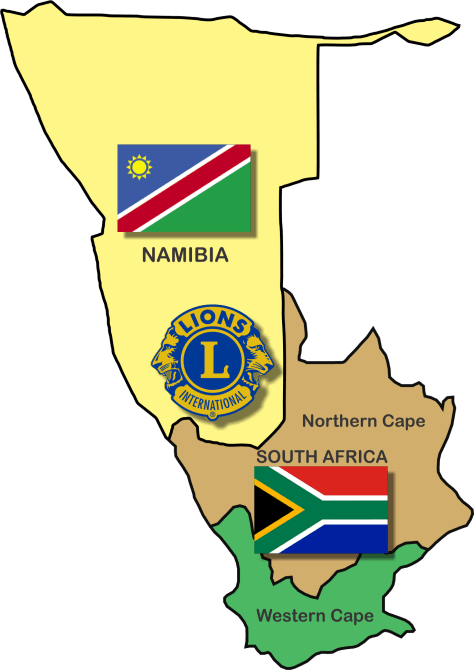 Following intensive local research Lions District 410A adopted the Childhood Cancer and Haematology Unit at the specialist Red Cross War Memorial Children’s Hospital in Cape Town. Built with donations from World War 2 soldiers in memory of their fallen comrades it stands as a beacon of hope for children throughout the country, sub Saharan African and often the world.

Individual Lions members and their clubs have a long association with the hospital through donations and directly assisting young patients.

Cancer is a word that strikes fear into anyone and more so when it’s a child. The District Chairman for Childhood Cancer who initiated and managed the project, Lion Clive Fox of Merriman Lions Club, said that becoming aware of those with this life-threatening condition can be a “gut wrenching” experience. Yet, often when you step into the reception area of the Cancer Unit you see children of all ages happily playing with each other or their carers and they all have happy smiles!

Last upgraded in 2005 the unit needed redevelopment in order to cope with increased patient numbers and to be able to provide improved facilities for patients and their families. Lions financial contribution of SAR400000.00 was raised from clubs and individual Lion donors from the previous District 410A (Western Cape, Northern Cape and Namibia) and Lions Clubs International Foundation, Chicago, USA with each donating fifty percent.

The CHC Unit now has two separate modern Family Patient Consulting rooms each named in honour of the Lions of 410A and its’ International Foundation. Further recognition appears on the individual glass donor plaques surrounded by colourful butterflies. 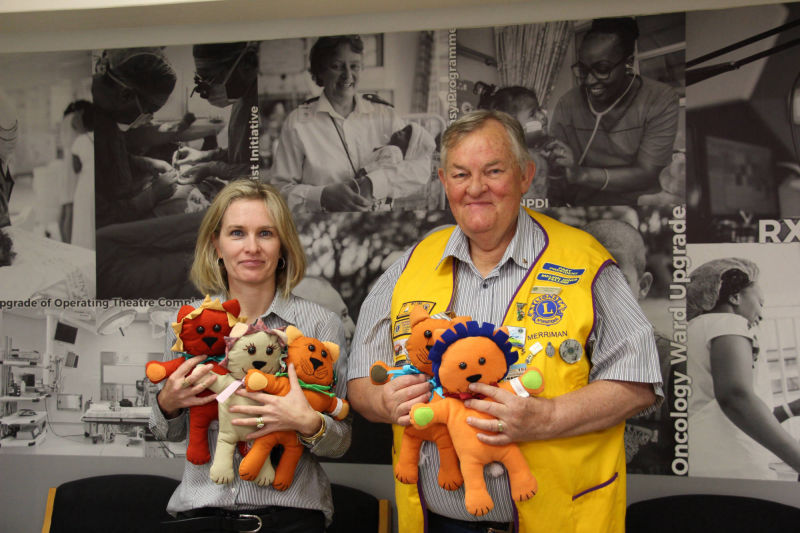 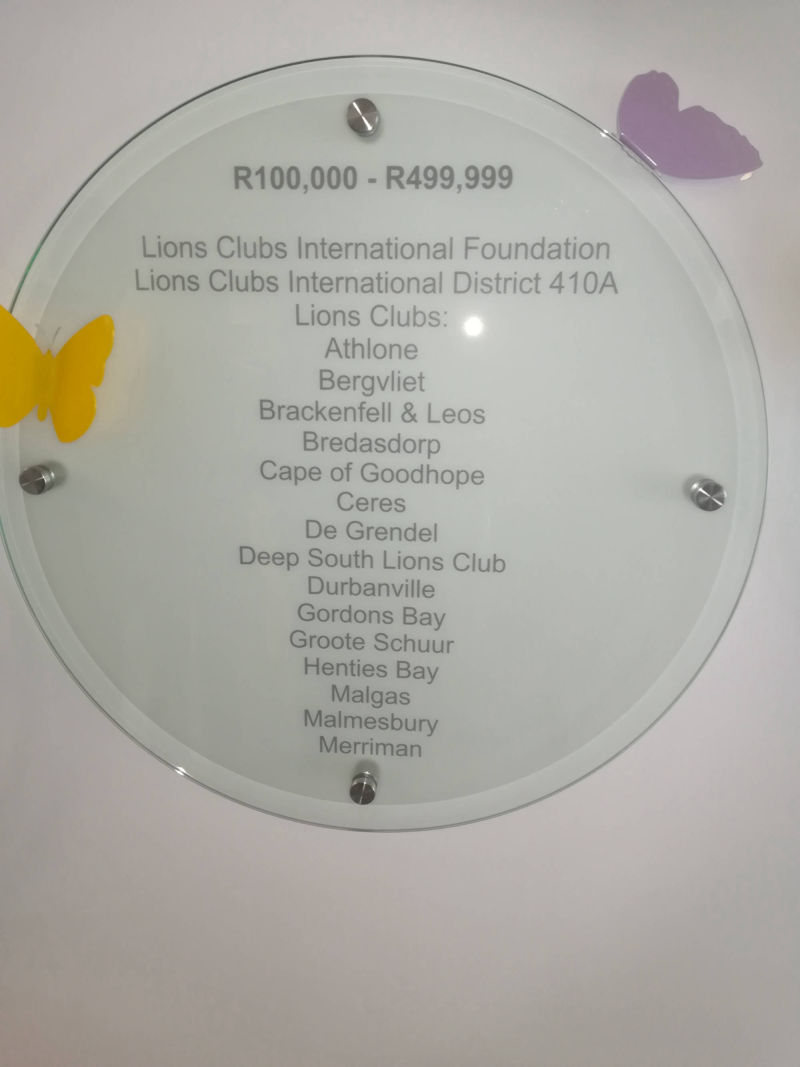 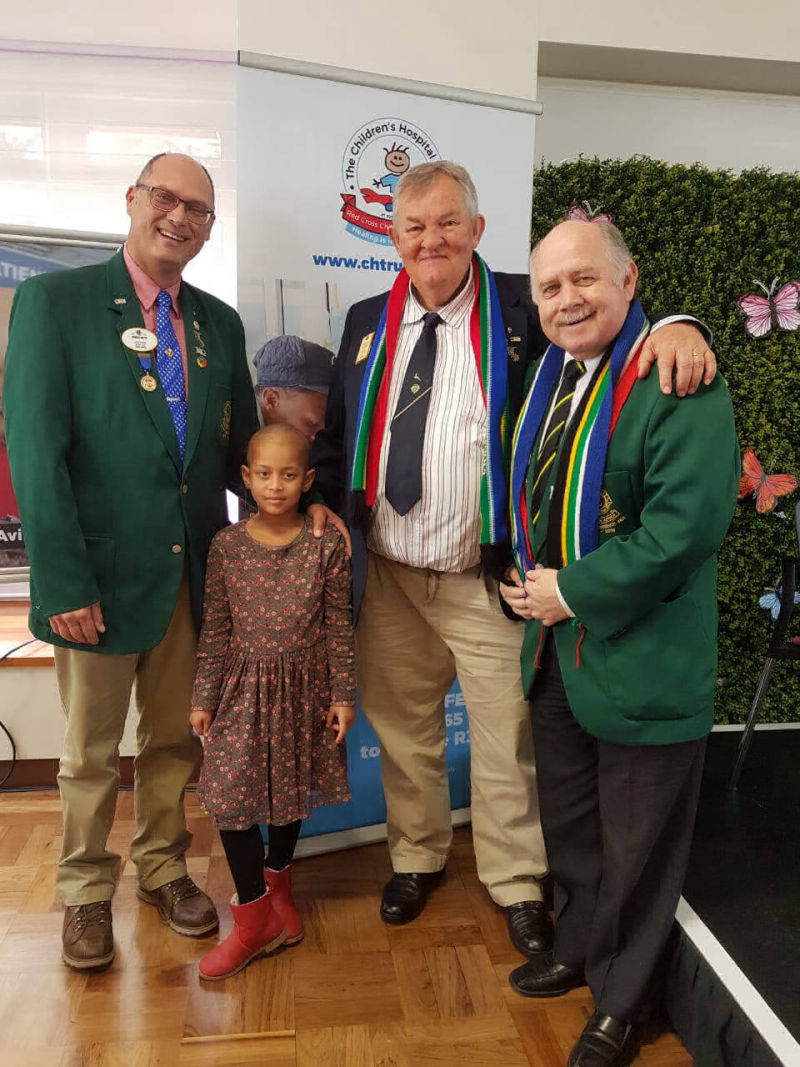 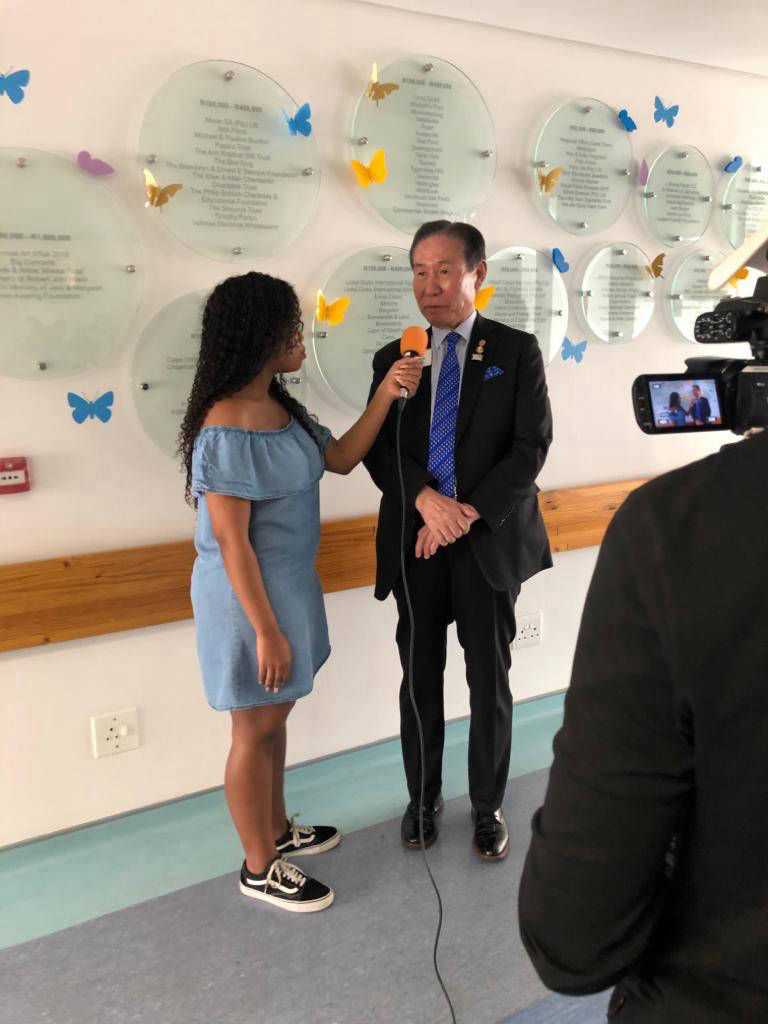 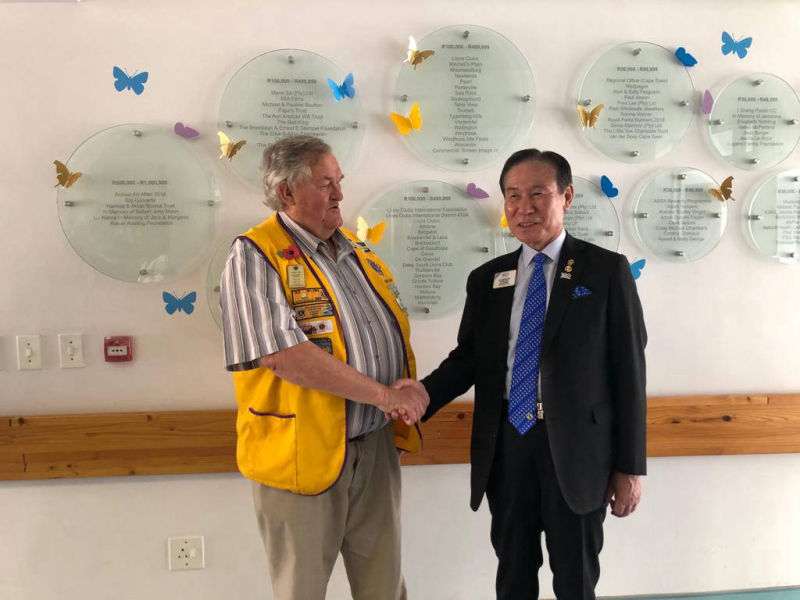 PDG Clive Fox and International President Choi at the donor wall during his official visit. 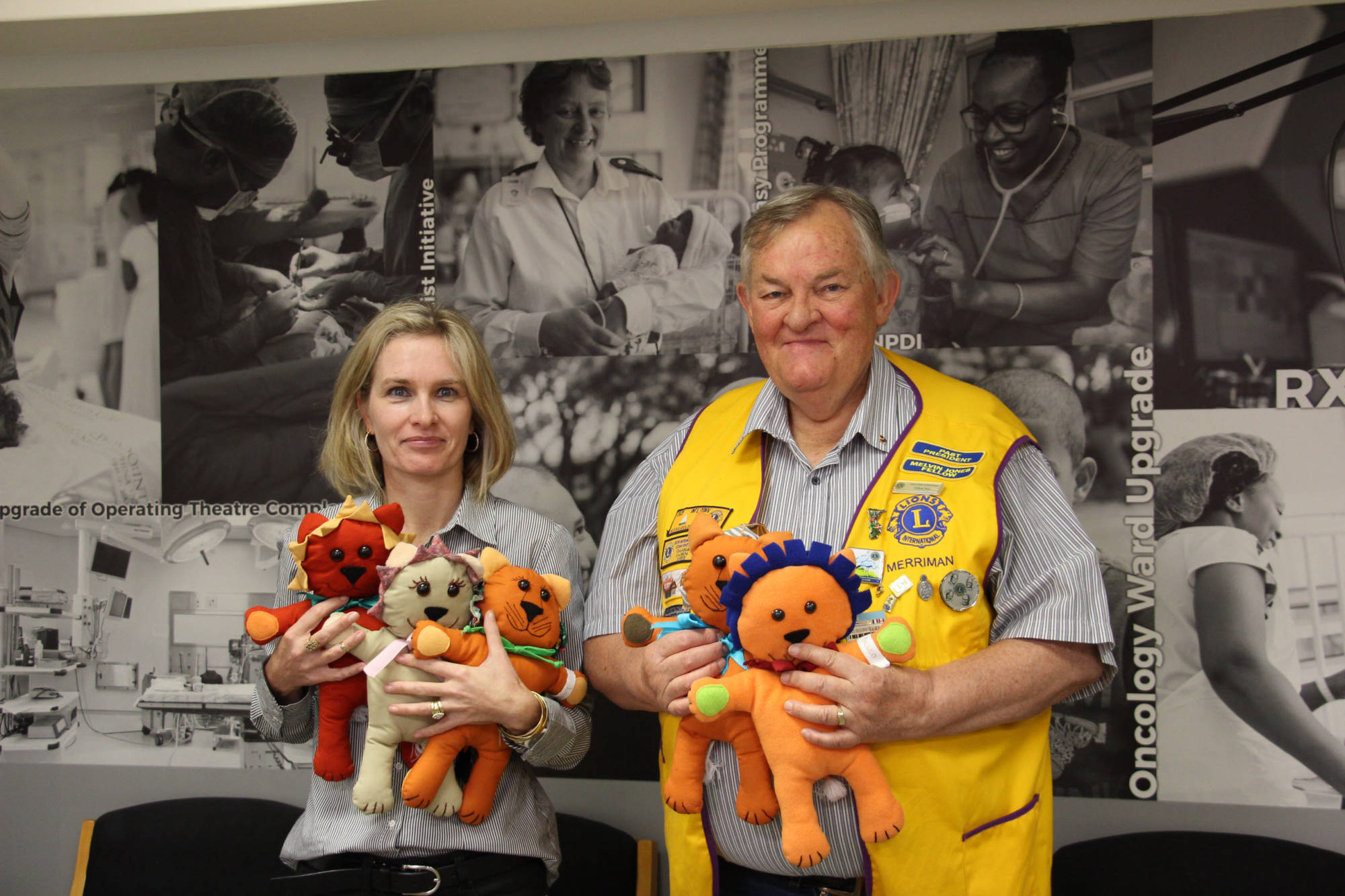 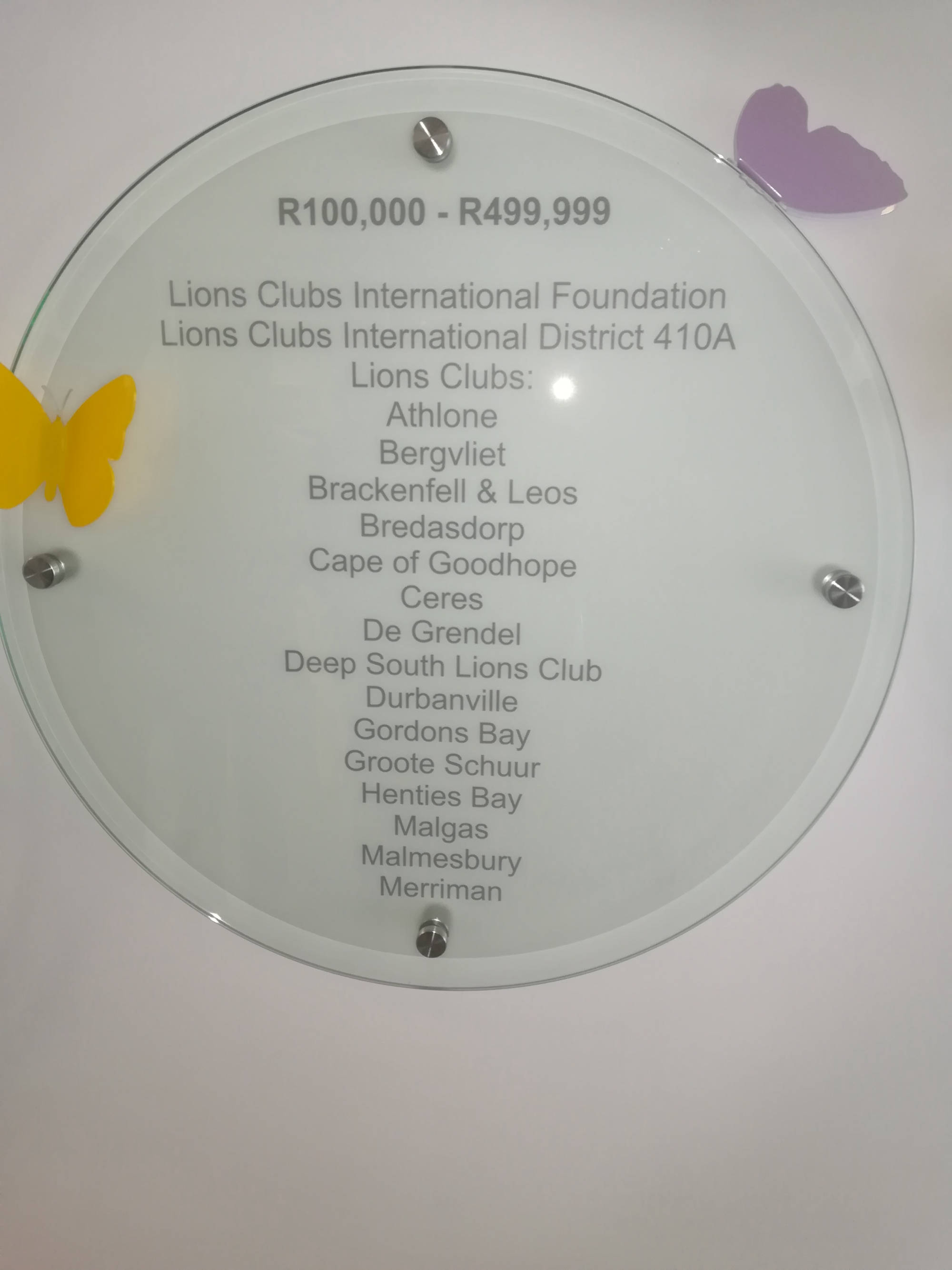 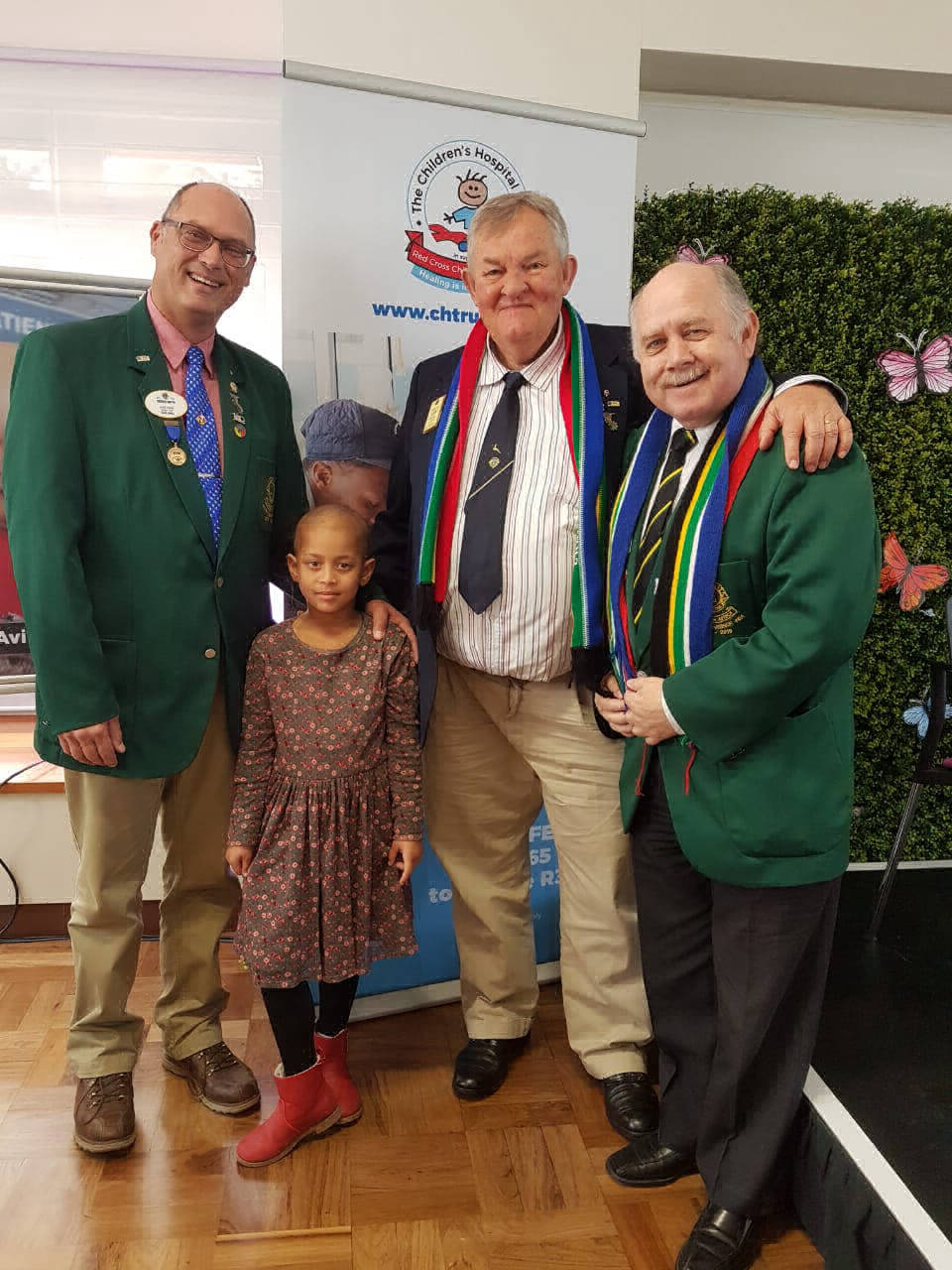 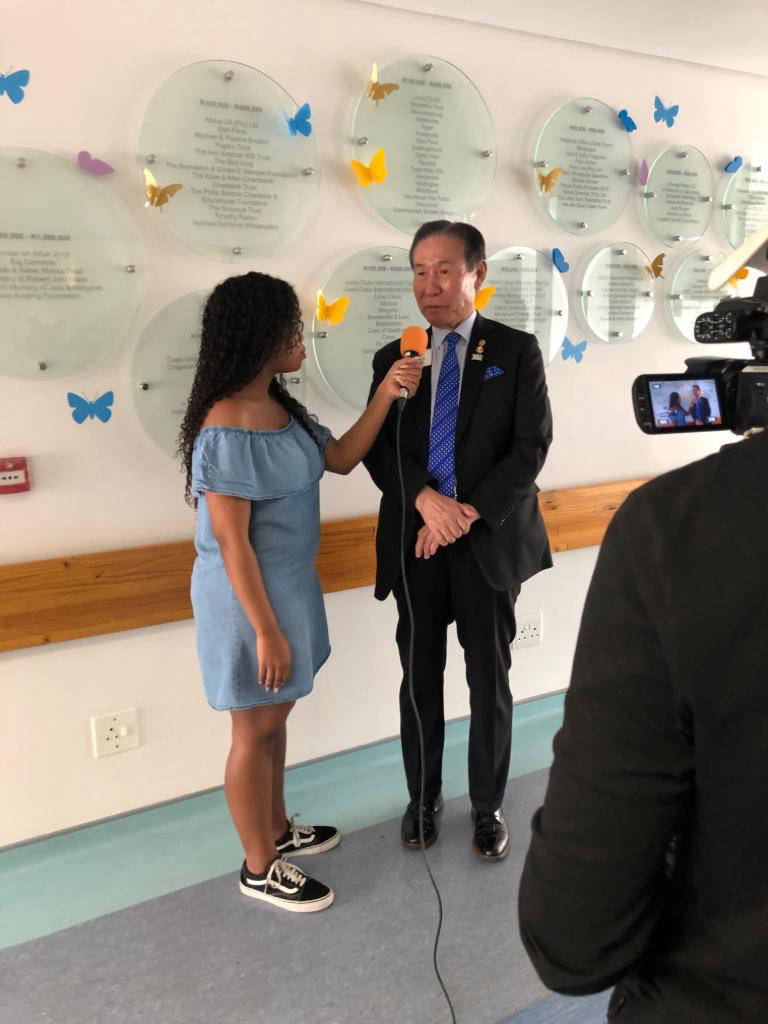 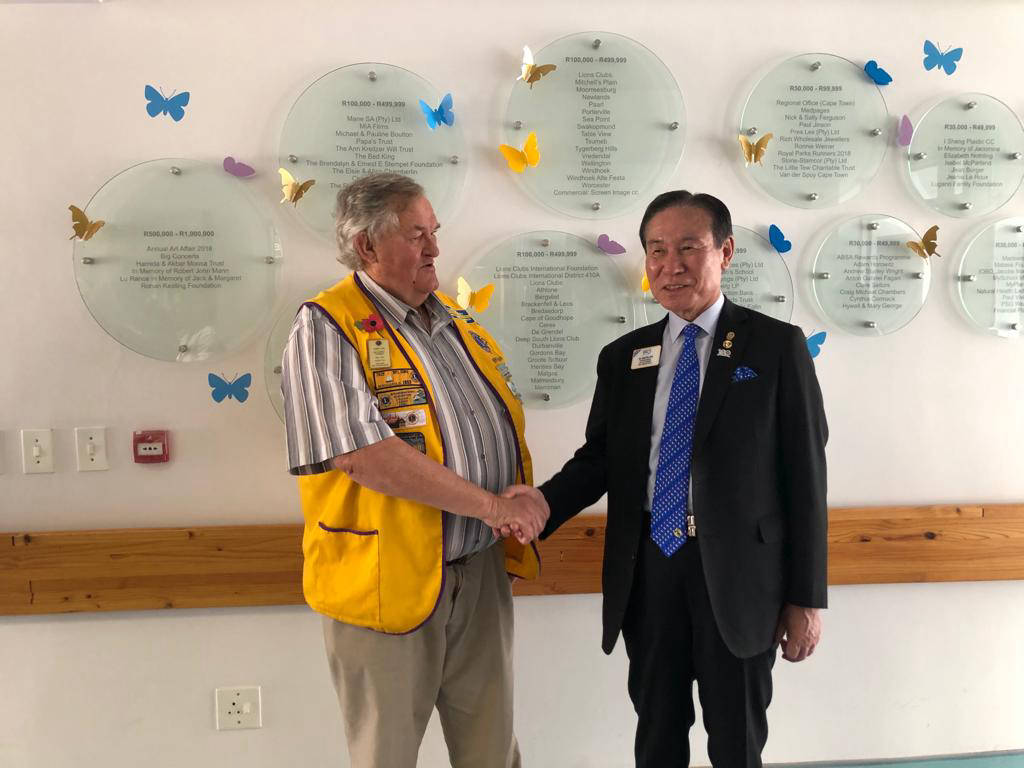